We Need the Crying Indian Again 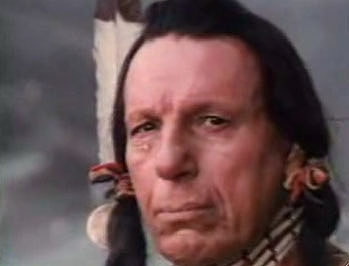 Like every issue, global warming—or global climate change to be precise—has become an either-or, polarizing, divisive issue between the Left and the Right; between science and religion: Either you believe humans are causing it or you don’t. And if we are, then we need to change the way we live.

The crux of all this for the Righties, of course, is that anytime anyone is asked to change their habits then that must mean a Commie plot is afoot to take away their freedoms and steal away their Amurkin way o’ life.

So, that leaves us at an impasse in which the Rightie-Corporate-led government undermines science and does all it can to keep us from changing our ways.

For the record, I side with the scientific consensus and with Al Gore. I think that we have to dramatically decrease our greenhouse gas emissions. I do my part: riding the bus and biking every day, walking and no longer driving a car.

And guess what? I manage to get to work even though I live 20 miles away—and even manage to finish a book while in transit every few weeks. And I feel healthier, too.

People who say that cars are the only way are just lazy, whiny, wimpy bastards. I find it ironic that all the tough-talking SUV, Hummer, and 4×4 pickup types act like they’re the shit, when it’s “sissy liberals” like me who better exemplify the classic, pioneering, American can-do progressive spirit. I get out there on the road on a bike, and I manage to find a way to get it done. Most of these dependent fatsos know that they can’t bring their suckling, coddled cottage-cheese asses to do it, so they wimp out and sit their overweight carcasses right back into their plush rich corinthian leather and protect their timid little selves from the elements.

And furthermore, I’m installing those ice-cream-cone-style curly energy saving lightbulbs in my lamps. It will save me money, and that’s something that even polluters and energy wasters just might understand.

And there’s more I intend to do.

Even so, there’s one other thing that I think we possibly need to stop doing. 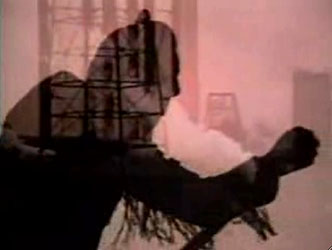 As long as the issue continues to be divisive, nothing useful is going to get done.

It’s time to look to the past and reframe the issue: This is about pollution.

Whether pollution causes global warming or not, nobody with any kind of sense can argue that pollution is good for anybody or anything.

As a result, the momentum swung against pollution, and polluters. Even a Republican president, Richard Nixon, was eager to put strong laws on the books.

And, like then, we need to find one strong, simple symbol that makes the issue easily, starkly understood. Something like the “Crying Indian.”

Anybody out there who’s over 35 knows what I’m talking about.

In 1971, one of the most dramatic and powerful public service ads ever made was first broadcast—and it was shown for years repeatedly throughout the 1970’s. 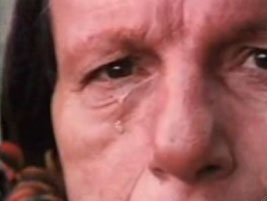 Rowing his canoe through sludge and silhouetted against a nasty pink smog-laden sky, the great crying Indian sets foot on Modern America—only to suffer the indignity of fast-food garbage thrown at his feet.

If you haven’t seen the ad before, then you can catch it here at good ole Youtube:

So I say again, let’s make the issue pollution; not global warming.